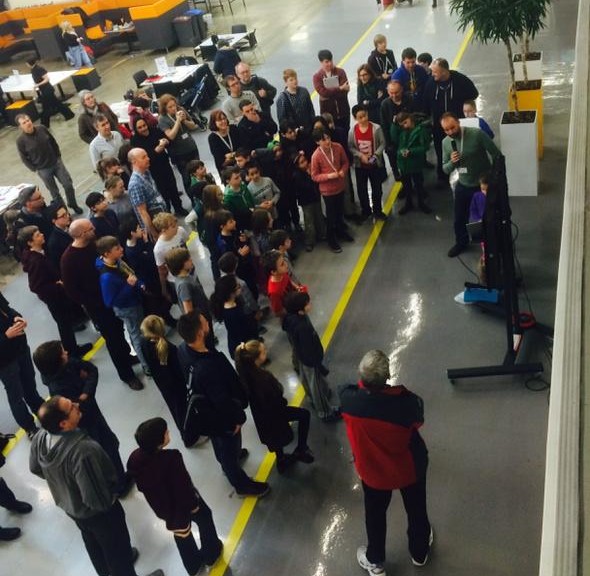 Many thanks to all those that made our first CoderDojo of 2015 last weekend – which was also our 20th!

It was also fantastic to hear from Eugene about the range of CoderDojos across the world. We also had some positive chats about getting groups going in other parts of Greater Manchester. Interested to get involved? Read up on being a CoderDojo Champion …

This week, we’ve also been talking to the Greater Manchester Youth Network about ways to support young people to volunteer at CoderDojos. More info to follow, but do let us know if you’d be interested…

We enjoyed the Show & Tell at the end Manchester CoderDojo #20. We think that will become a regular feature.